While you were away

For 18 days, Alan will be here 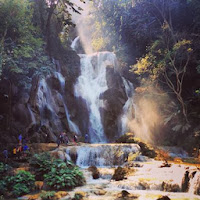 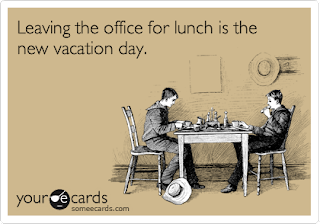 Instead I've been eating cereal for dinner while watching the Esquire Channel and Modern Family re-runs.

I'll get the hang of this soon. In fact, I believe I'm missing a Modern Family episode right now. I've improved at least 200% I'd say.

On a similar note, it seems that I missed the memo the first few nights that Alan was away 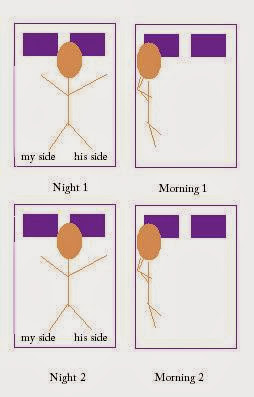 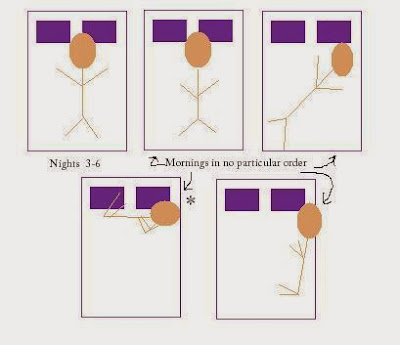 *True. I have no idea how this happened.

Before Alan left, he was kind enough to leave me with a cough.

Anyway, I couldn't fall asleep Sunday night because I had to cough approximately every 10-13 seconds. Finally I decided to try drinking some hot water (?). It mini-worked and I was able to fall asleep until the middle of the night when I had to go to the bathroom. Then it took forever to fall back asleep because Winston & Walter were on crack. 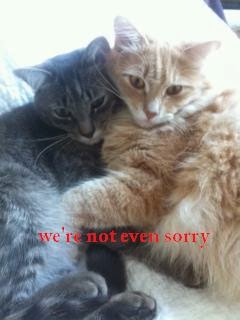 I missed my alarm and woke up about 25 minutes before I had to leave for work. I took a 30 second shower, got dressed, and tried to make my lunch but spilled frozen corn all over my kitchen floor. I don't even know how that happened since I didn't touch the frozen corn. Mostly I laughed because what else can you do when there's frozen corn all over your floor, and then I left it there hoping cats love corn. Turns out, they don't. What made me a little miserable about the corn is that I cut each of those kernels BY HAND off ears of corn I got from my CSA.

After I got my lunch under control, I grabbed an english muffin to make at work for breakfast but dropped it in Winston & Walter's food bowl.

So anyway, that was my morning.

All of this, on top of *WALKING DEAD SPOILER ALERT* Hershel dying... I just can't take these last 24 hours. It's like there can be no good in the world.

Posted by Katie Loeffler at 7:07 PM