Cookies4lyfe and traveling by turtles.

It has been impossible for me to function this past week without a 'baked goods break' at some point (or three points) during the day. I thought yesterday might be the day that this hot (crossed buns) streak ended, but alas, it wasn't. I stopped on Newbury for a break from shopping, a pot of tea and to read my book. Turns out I you can't just have a pot of tea without a scone. 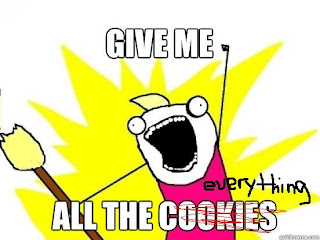 I was at a training for work two days last week and will be there for two days again this week. I feel like I did back when I was in Chem101 where everything was literally beyond me but I had to pay attention anyway. This class is way better, though, because they give you cookies after lunch. 4" cookies. Yes please, I'll have several.

"Give me cookies or give me death" I dare say.

Ashley and I went to see Grace Potter and the Nocturnals at the House of Blues on Friday. We got there a little after the opening band started mostly because Ash and I stayed at the restaurant a bit longer so we could each have $8 brownies.

The opening band was really good (any band that has banjos is automatically on my top 20 list of favorite bands ever, but this one was especially good). I had no idea who they were but I was convinced 13 seconds in that I was going to buy their album.

Grace was super good, too. What wasn't good was the drunk girl in front of us who was "feeling" the music and swaying/jumping way off beat. She was the worst. 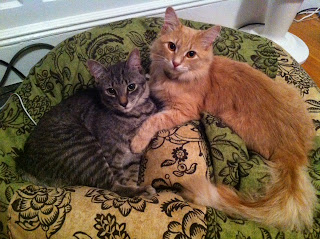