These are the shoes I wore on Friday. These are also my pigeon toes. 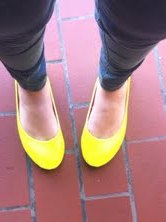 I received several compliments on my shoes—mostly from men in skinny jeans on road bikes and women wearing grass green skinny’s with thin blue belts. I also received several comments that were something along the lines of “Oh, wow… those are some shoes” and “Whoa, those are really bright shoes.” I sense they wanted to follow up with, “They’re very…interesting” (or, as my Grandma says when giving her opinion on something she doesn’t necessarily like, “They’re so unique”) but probably understood that the word “interesting” is a commonly used PC term for “hideous” “weird” and/or “fugly.”

I really love these shoes. Actually, I’m into the bright colors these days. Probably because I’m being bombarded with images of neon tops and lime green eyeshadow: 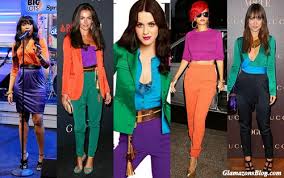 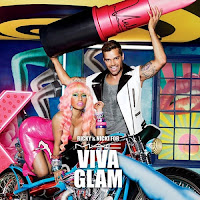 Don’t get me wrong, I’ve always loved bright colors… just not necessarily ON my person. I’m usually a brownblacknavy-bluebeigewhite sorta girl. Not this year, though. Oh no. Not when there are neon yellow flats to be worn! I even *gasp* bought a bright pink chapstick (which I apply and then immediately blot off because it’s too much color) and brightly colored nail polish (normally I’m more of a nana-beige sort of girl)! I am also the proud owner of orange cigarette pants. Who would have guessed.

In other news, I went for a six mile run on Friday. Turns out I should have listened to the couple wearing striped shirts and blue shorts on Monday when they told me to um follow a road past two small-ish ponds and make a ri-left. This time, though, I made it back to my apartment without getting lost!

What was nice about this run is that I thought I had to go around the pond twice and remembered half way around that I would only need to go around once. So that was a nice surprise (even though it really shouldn’t have been that big of a surprise considering I’d mapped out the route about an hour and a half before running).

Packed all weekend. More to come on that since I’m not even close to being done which is miserable.

I ran eight miles yesterday... albeit, at times, at the slowest possible speed to still be considered a run jog trot speed walk. What was nice about this particular run was that I had water with me so I felt pretty good for the first six miles. What was not so nice about the run was that unbeknownst to me, I'd saved EVERY HILL for the last two miles. Also what was not fun was running past someone BBQ-ing what smelled like the best ribs on the planet. All I wanted were some of those smokey, messy, BBQy ribs. If I were The Flash, I would have taken those ribs right off the grill. The old man wouldn't have even known what hit him.

Alas, I'm not The Flash (100% verified by how slow I was running) and therefore did not have ribs on my run. Bummer.

The least fun part of my run was the last .4 miles where I chose (I don’t know why) to run up Summit Avenue which, after 7.6 miles, felt something like this: 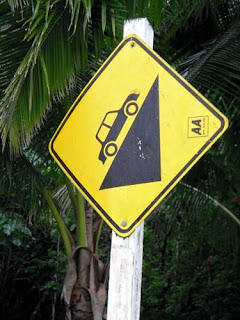 I could hear myself heaving and huffing over Florence and the Machine all the way up. Good thing I had neon yellow shorts, a brink pink tank and neon blue shoes (with neon green laces) and belt to help keep me from being too noticeable. Oy.

Posted by Katie Loeffler at 9:57 AM