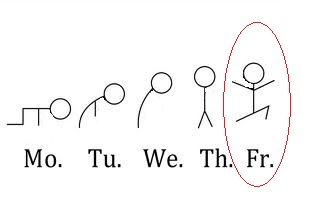 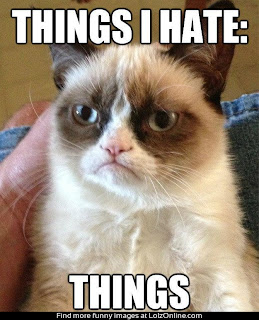 First of all, I woke up out of sorts because I slept on the couch so I could cuddle with my cat because he is sick. Again. For the bazillionth time. He wouldn't even snuggle with me until it was already ten minutes after I should have been getting ready for work, so that was a bust.

Then I thought I could wear my hair curly today. That was also a bust....It's always a bust.

When girls complain about their hair, they're all like
﻿ 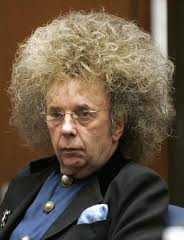 Then I looked in the mirror and realized that I'm actually 13 because, for the fourth day in a row, it looks like I have a mild case of the chicken pox. (Ah, the paradox of using sunscreen on my face. On one hand, my skin will stay beautiful because I won't be wrinkly at 29 from the sun. On the other hand, my skin will be stuck in the 8th grade because I have sensitive skin. Life is really tough.)

Then it was time to give Walter some medicine. 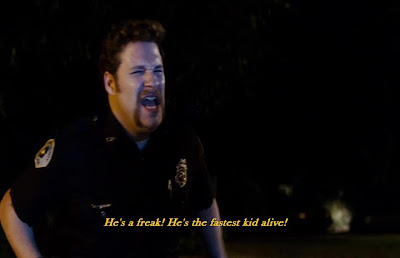 Fifteen minutes and one terrified/miserable cat later, I was ready to leave for work. So I put on my coat (not my favorite coat though because I left that one in Italy....grumblegrumblegrumble) and walked with Alan (what a cutie for walking with me on his day off!) to the train.
On the way I got too hot, and the sun was in my eyes because I forgot my sunglasses, and the walk to the train is uphill so I was breathing heavy, and my hair was half wet and half dry and the dry, frizzy parts of my hair kept stroking my face just so I could feel ALLLLLLL the glory of my frizz, and...
I had so many First World problems this morning.
When I got to the train station, I realized that I didn't bring my book or my Week magazine, so I took one of the Metro newspapers. Big mistake. The first article I opened was about a six year old who is on her 11th surgery after the Boston Bombings. Man I'm an asshole.
So I decided that I should be in a little bit better mood, because what's really wrong with having frizzy hair and pimples over the age of 18???

Then the kid in front of me started screaming and crying and he kicked me in the shins mid-tantrum, so then I decided that I hated the world again.
And now I feel much better, thank you.
﻿