An overview of events.

1. I ran my second half marathon two weekends ago. It was pretty bad, and I was mostly miserable. Guess I'm not as awesome of a runner as previously thought, and should have continued training after my first half marathon. Whoops. Anyway, I didn't walk and I made pretty good time (actually the exact same time I ran my first one in??) so that was good, but I wanted to cry about everything from mile two. That's right. 11.1 miles of drama and over-reacting. My mom thinks it was because my bib number was 666. She's probably right.

What helped was how beautiful the course was (aren't most things on the Cape?). I picked out approximately 27 homes that I will own one day. And, I decided, as soon as I have enough money to pay for all 27 homes, I'm going to also pay someone to run my half marathons for me.

1a) On the way down to Falmouth the night before the race, Carolyn and I witnessed a high-speed chase. That was cool.

2. I ran an obstacle 5k with Ashley on Saturday. The night before we had a healthy pre-race meal of Five Guys burgers and DQ. Life was good.

3. I have to get my fillings re-filled, so that's awesome.

4. I watched The Walking Dead episode 4. I have NEVER in my life, EVER, been so anxious about something on TV. Ever. Not ever. And I know that I'm not alone because my mom was texting me all night about it and Julie was texting me about it, and I had an eleven minute conversation with my mom about it the next day and I'm still thinking/ being dramatic about it.

5. Obama won the election and this letter happened. What I need to know is a) who is this kid; b) is he in college already; and c) is this the coolest twelve year old alive (yes). 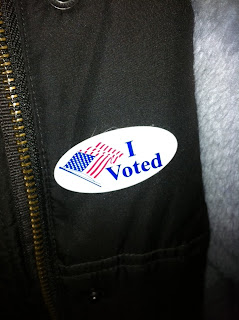 6. I was shopping in Madewell the other day and thought "maybe I'll ask about the llama love sweater (again)." Wish I didn't because I was told that they'll likely never sell the sweater again, "and that I might be interested in the sheep sweater instead". NO, lady-from-Madewell. As I already told Claudia, I'm not into Sheep. I think I hate Madewell.

7. Ashley got me a Llama Love necklace from Madewell for my birthday because she's a good friend (and because she's probably sick of me blubbering about Llama Love sweaters every second). I wear it almost every day.

7a) Someone I work with asked if it was a cow. I was so offended.

8. I went to Cirque du Soleil. This happened: 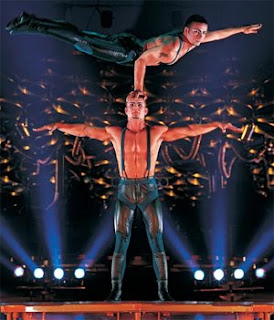 And so did this guy: 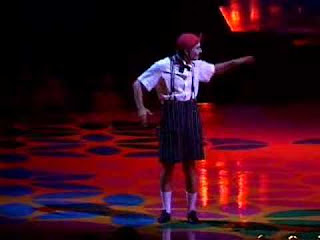 Best clown/ mime, ever. I was crying from laughing so hard. 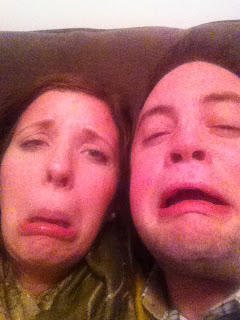 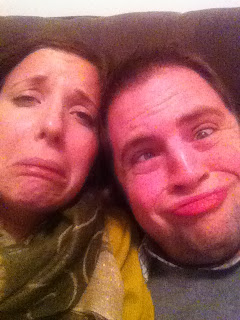 Check out those mugs, especially Alan's. He's so dynamic.

10. And my cats made a fort inside my ottoman. 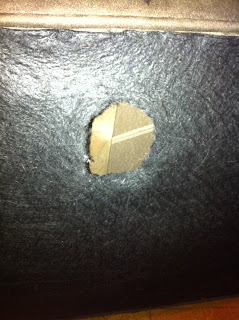 Alan and I have re-named them "Rulers of the Ottoman Empire."  Their other names include "Piddles and Paddles" (as coined by my lovely sister Sarah), "Dumpster Buddies," and "Queens*." I think these cats love us so much.

*This nickname is reserved only when they're doing this: 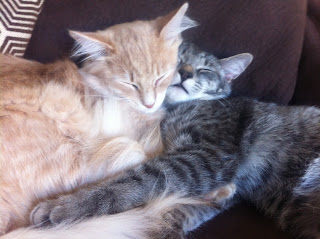 and licking each other.

Fin.
Posted by Katie Loeffler at 7:27 AM